How to Prove Another Driver’s Distraction Caused Your Accident 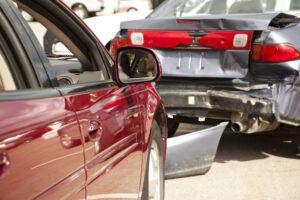 If you were hurt in an auto accident that you think may have happened because the other driver was distracted, there’s a good chance you’re right. Distracted driving is the number one cause of car accidents in the nation. If you suffer serious injuries beyond what your no-fault insurance will cover, you’ll need to prove the other driver’s negligence in order to get the compensation you deserve.

What kinds of evidence can be used to show that the other driver was distracted?

The police report is one good starting point. It documents key facts about the crash, including the date, time and location, as well as information about all the drivers and vehicles involved. The report may not explicitly say anything about distraction, but it might include photographs of the scene. Photos might show a lack of skid marks on the road, indicating that the driver didn’t try to stop before impact. That’s a potential sign of distraction.

Cell phone records are also a key form of evidence. Texting and other use of handheld devices is the most common and dangerous form of distracted driving, even though it has been illegal in New York for years. It is also illegal to be talking on a handheld cell phone while driving. The other driver’s cell phone records can reveal details about device usage, including apps that were open at the time of the crash, calls that were made, photos that were taken and text messages sent and received in the moments leading up to the collision.

Eyewitness statements can be another valuable piece of evidence. Someone may have seen indications of the driver engaging in distractive behavior leading up to the crash, such as the driver’s head down looking at a phone in his hand. If possible, talk to people at the scene and get their names and contact information so your lawyer can contact them if needed. Eyewitness statements could also be part of the police report.

Video footage, if available, can be powerful evidence as well. There could be intersection cameras or nearby home or business surveillance cameras that captured the incident. The footage could show the driver not paying attention to the road or not hitting the brakes before hitting you.

There may be other types of evidence available as well. It is important that you contact a qualified personal injury attorney soon after the crash, so evidence can be gathered before it disappears and before witnesses forget the details of what they saw.

At the Law Office Maurice J. Verrillo, P.C. we have more than 35 years of experience representing people injured in auto accidents in Monroe and Ontario counties. Please call our Rochester office at 585-563-1134 or contact us online to schedule a free 30-minute consultation.