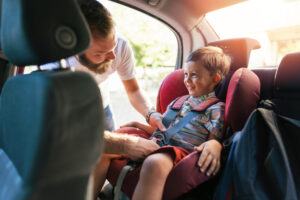 If you’re considering a divorce and you have minor children, it’s understandable that you might be nervous about what to expect when it comes to child custody. Under current New York law, judges apply a range of criteria to determine whether custody should be granted principally to one parent, which would leave the other parent with reduced time with their children. However, New York State lawmakers are considering a bill that would make shared parenting the default custody arrangement in divorce cases.

The bill states that it is in the public interest to encourage parents to share the rights and responsibilities of child-rearing in order to effectuate the public policy of assuring that minor children have frequent and continuing contact with both parents. If passed, it would establish a presumption that both parents would share child custody after a divorce. If either parents were to disagree with this presumption, they would have the burden to prove to the court that shared parenting isn’t in the best interests of their child.

In past decades, there was a presumption in New York and other states that children do best when placed in the care of their mother. This often served to deprive fathers of custody rights. Over time, states have changed their laws to make custody orders more equitable among the parents. Courts in New York no longer automatically default to the mother when determining how the parents should exercise their parenting rights. Instead, courts are supposed to make custody determinations on a case by case basis.

Under the present law, courts consider a number of factors when deciding what kind of custody arrangement is in the child’s best interests. These factors include:

Under the proposed law, a court “shall award the natural guardianship, charge and custody of [a] child to both parents, in the absence of an allegation that such shared parenting would be detrimental.” The burden of proof that shared parenting would be detrimental to the child would be upon the parent requesting sole custody. The best interests of the child would continue to be the ultimate test of which custody arrangement should be granted.

The Law Office of Maurice J. Verrillo, P.C. in Rochester, New York is here to help you understand your rights when it comes to divorce and child custody. Call us at 585-563-1134 or contact us online to schedule your free 30-minute consultation.