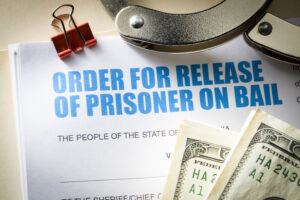 A year after New York lawmakers passed sweeping bail reforms that drastically reduced the numbers of defendants in pretrial detention, pressure from police and prosecutors has caused a rollback of some of the changes.

The new laws eliminated bail for the majority of misdemeanors and non-violent felonies. Instead of having to post cash bail or a bond, defendants are released with appearance tickets that require them to come to court on a specified date. A bench warrant may be issued if they fail to show up within 48 hours of their court date.

The reforms were spurred by criticism that the bail system unfairly discriminated against poor defendants, since bail determinations were largely based on the seriousness of the crime charged without regard for the defendant’s ability to come up with the funds to secure their release. The new law requires judges to impose the least restrictive conditions necessary to compel a criminal defendant to appear for their case. Depending on the charges, these conditions could include curfews, confiscation of firearms or the wearing of an ankle monitor.

The reforms had an immediate effect, reducing the pretrial jail population significantly. Police and prosecutors’ lobbies pushed back, however, alleging increased incidence of criminal offenses by released defendants. They also complained that certain crimes should not have been classified as non-violent, such as burglary and certain drug offenses.

As a result, lawmakers rolled back some of the changes. For example, lawmakers amended the reforms so that 25 more offenses, including money laundering and certain drug offenses, are now ineligible for no-bail release. Lawmakers also changed the definition of a drug trafficker to include individuals who cause the death of another through the sale of drugs. This change appears to address the danger to the public, which is usually not a factor in setting bail in New York.

The amendments further provide that a person who carries out a felony offense while on parole or probation can’t get a no-bail release. The same is true for someone with two or more felony convictions who is arrested for another felony.

It is clear that the latest changes to New York law will require more defendants to post bail, even at a time when state government is focused on reducing the jail population due to the coronavirus pandemic. If you’re arrested in New York, it’s in your best interest to consult with an experienced criminal defense lawyer.

The Law Office of Maurice J. Verrillo, P.C. in Rochester has over 30 years of experience representing people facing criminal charges in New York. To schedule a free consultation, call us at 585-563-1134 or contact us online.